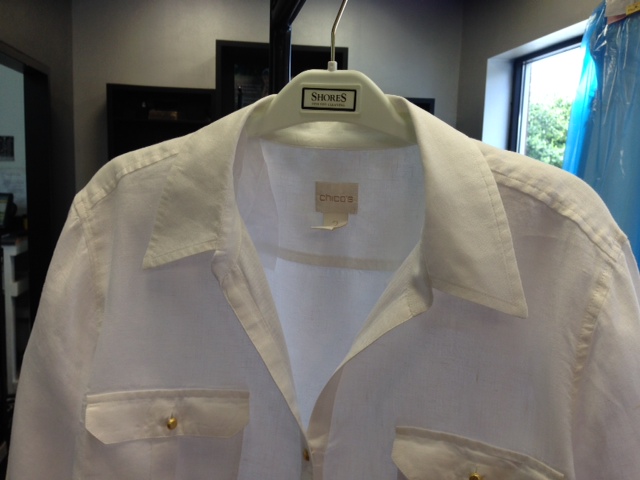 Linen fabric is some of the oldest in the world with its history going back thousands of years.  It was so valuable that it was sometimes used as currency in ancient Egypt, and mummies were wrapped in it as a display of wealth.  Linen is made from the cellulose fibers that grow inside of the stalks of the flax plant, so one could really consider it a vegetable.  Flax can grow in various climates, but it does best in cool, damp environments, so planting depends on where it is being grown.  Once it’s planted, it lives for one growing season and is ready to be harvested in approximately 100 days.  After the stalks are harvested, they are allowed to dry out in the open air for several weeks before they go through various processes before finally making it to weaving.

Linen is a terrific fabric to wear during warmer weather because its porous texture allows air to move through the fabric, helping you feel cooler.  It can also absorb up to 20% of its weight in moisture before feeling damp, unlike cotton that gets heavy from perspiration.  Finally, it keeps its shape much better than other fabrics.  On the down side, it wrinkles – badly.  With all these benefits and only one (but a big one) drawback, how can you incorporate linen into your wardrobe while still looking crisp and sharp?

But of course, if all of this seems like too much, Shores will be happy to take care of your linen garments for you.  Simply drop by one of our three locations, and we’ll take it from there.